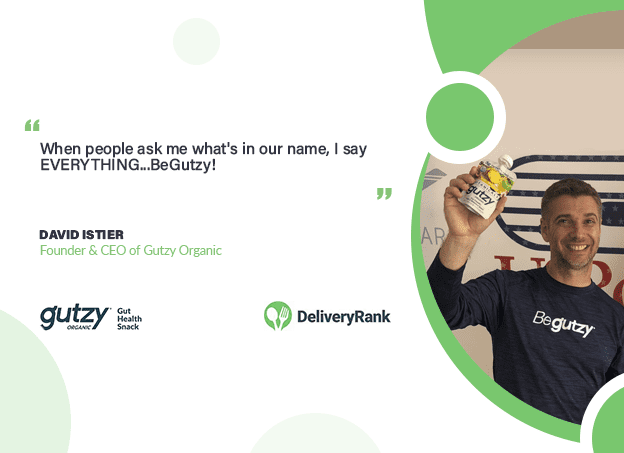 Here’s a snippet of that interview – you can read the full transcript on DeliveryRank.com.

DeliveryRank.com (DR):  Tell us a little about your professional and personal journey and how you came to launch Gutzy Organic.

David Istier (DI):  I grew up in France but developed a love for basketball very early on. I ended up going to college in the US, where I continued to play basketball. My first job was in the UK, doing marketing for Quorn Foods and Cadbury’s.

Inspired by the French dessert “Compote,” I partnered with a British man to launch GoGo squeeZ, a company that made healthy fruit snack pouches for kids. Parents would tell me that they were eating their kids’ pouches and wondered why there was nothing similar on the market for them.

This inspired me to leave GoGo squeeZ and launch my own business, Keep Moving Inc., to fill the gap in the market. I put my whole life into this business, but it didn’t do too well. I lost all my savings and became very stressed in the process. I started having acid reflux and skin problems, both physical symptoms of stress. Of course, I was eating very badly and drinking too much, until I got to the point where something had to change.

I went to see an herbalist in New York and healed my body through herbal teas and prebiotics. The change was incredible and I started to research prebiotics and a plant-based lifestyle a little more. Three years ago, the company pivoted to Gutzy and became organic, and since then I’ve never looked back.

Manage Cookie Consent
To provide the best experiences, we use technologies like cookies to store and/or access device information. Consenting to these technologies will allow us to process data such as browsing behavior or unique IDs on this site. Not consenting or withdrawing consent, may adversely affect certain features and functions.
Manage options Manage services Manage vendors Read more about these purposes
View preferences
{title} {title} {title}
Skip to content
× 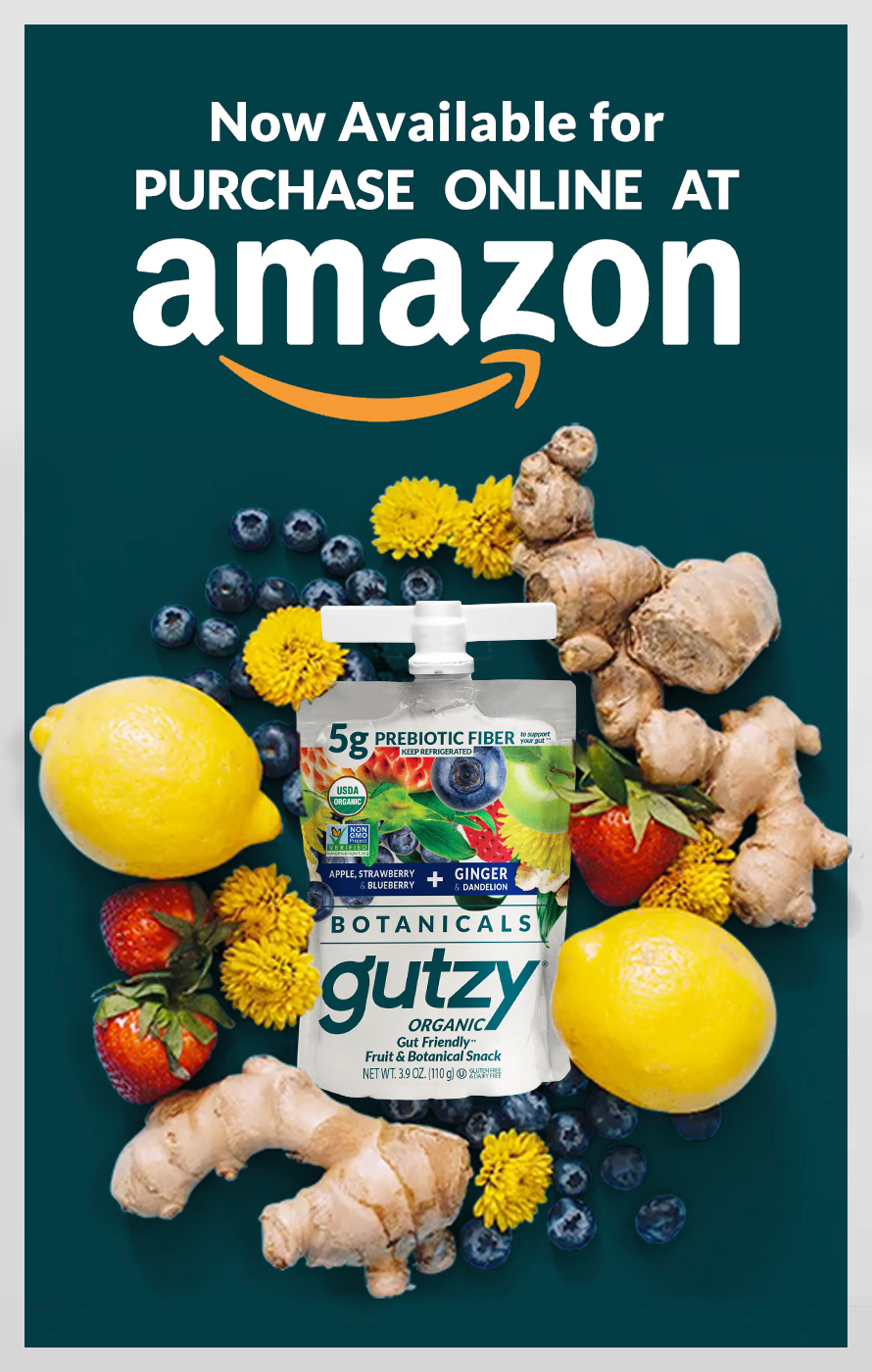